As before, do not read this entry if you do not want to see graphic photos of cats eating (dead) mice!

It’s like Animal Planet, but just cats, and in my kitchen…

I had two “large” mice left over from my adventure on Wednesday, stored in a zip lock bag in my refrigerator. This morning before going to work I put two “extra large” mice in a zip lock bag to thaw in the garage during the day. The plan for tonight was to give the two larger mice to Dusty and Wilbur, since they had eaten their mice on Wednesday. The two smaller mice were reserved for Felix and Matilda, the two cats I considered next most likely to eat the mice, and thus the next on my list. Dora, Domino, and Rasputin would have their normal meat snack meal.

Tonight I started with Dusty and Wilbur, again due to how well they did previously. I locked up the rest of the cats (except for Raspo, who knows how to comport himself like a gentleman) and put the two extra large mice on plates for Wilbur and Dusty:

The photo doesn’t really make it clear, but these are maybe twice as large as the large mice. When I first placed my order for the mice I was going to get only extra large mice, but the woman who was organizing the order convinced me that it would be wiser to get a mixture of larges and extra larges, in case the cats balked at one. That was good advice, I think, given the difficulties I had on Wednesday getting the cats to try the mice.

Anyway, Wilbur and Dusty gave basically a repeat performance of Wednesday. When the mice were presented “naked” (aka with no meat snack smeared on them), they just played with them. Once I put some of their regular food on the mice, they recognized them as food, and chowed down. Here is photographic evidence of the playing, and the subsequent devouring… 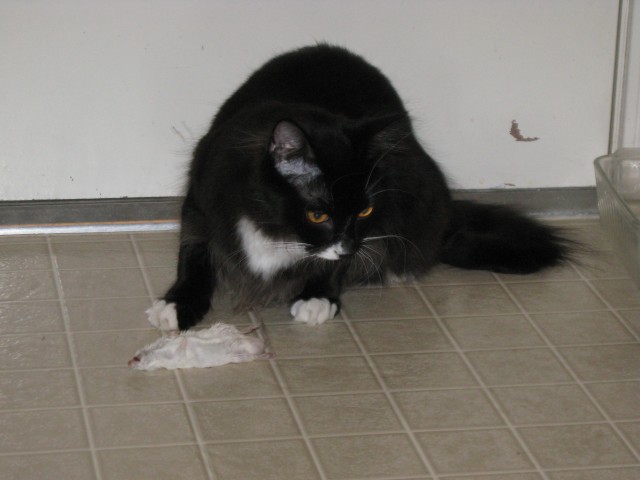 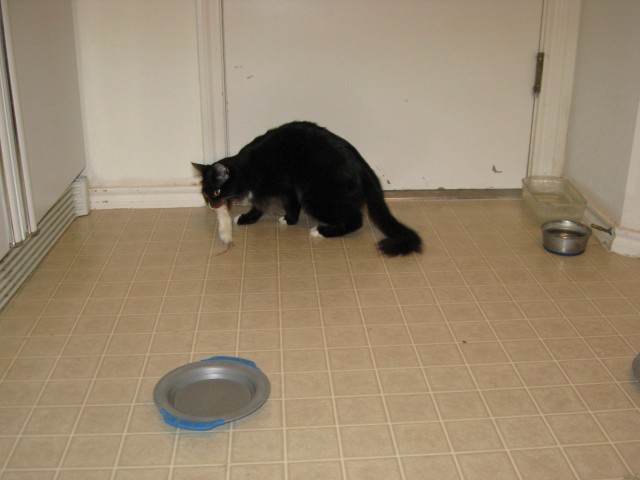 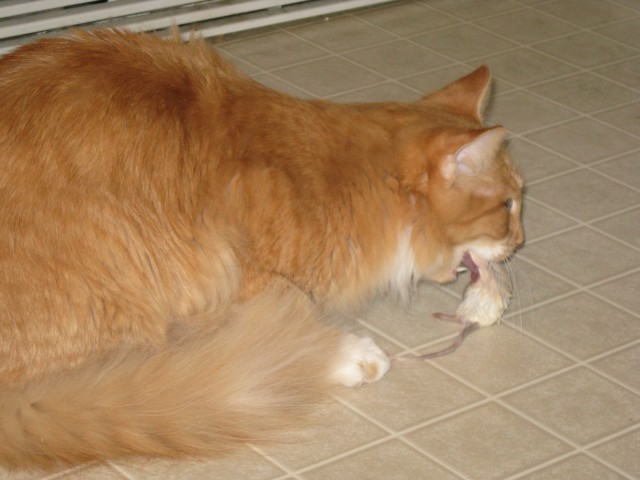 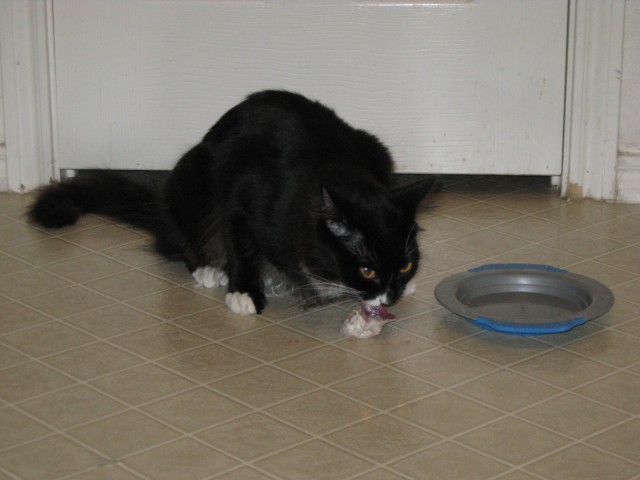 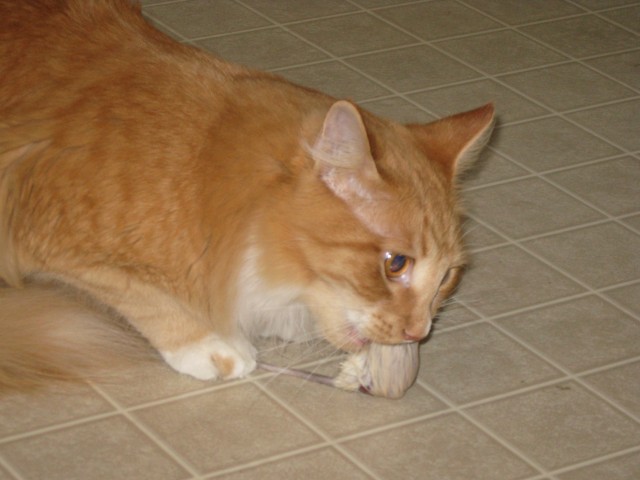 Dusty was the mouse champ, eating his mouse several minutes faster than Wilbur. In fact, Wilbur would probably have taken even longer, but Dusty was casting longing looks at his mouse. Wilbur had to growl at Dusty a few times, with the half-eaten mouse hanging out of his mouth. In the end, both of them finished their larger mice completely.

After wiping down the kitchen, I gave Dora, Domino, and Rasputin their normal meat snack. That done, I unleashed Felix and Matilda. This time with the mice, I didn’t even both presenting them without meat snack on them. In fact, I tried to smear them with some really bloody/juicy parts of the meat snack, to try and really let the meat smell and taste marinate into the mouse.

Matilda was still not interested. She did go back to her mouse a couple of times, but she never even licked it. Dora did make a grab for it, though. Dora licked it a couple of times and then suddenly picked it up and bolted for the kitchen entrance. I lunged and was just able to stop her before she had escaped into the rest of the house with a dead mouse dripping with meat snack. You can imagine my relief.

Meanwhile, Felix was eating his mouse! And once he finished his mouse, he ate Matilda’s neglected mouse. From time to time while eating the mouse he would drop it and lick the remaining meat snack off his plate, or look around to see if there was meat snack to be had, but he always went back to his mouse in the end. Ultimately he finished both mice, leaving no remains. 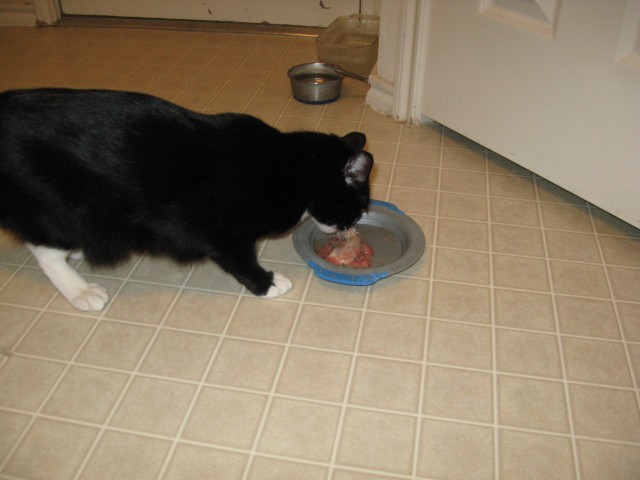 So now I’ve had 3 cats eat mice. I did not feed Matilda her meat snack after she spurned her mouse. And I put out three extra large mice to thaw, and one large mouse. The plan for the morning is to offer the 3 larger mice to Wilbur, Dusty, and Felix. Matilda will be offered the smaller mouse. Hopefully after skipping a meal she will be more inclined to eat her mouse. She watched Felix eat his tonight, and hers, so hopefully that will inspire her.

More details to come tomorrow (or whenever I get around to posting them).